In Kampot we went to this place called Climbodia, ha, get it?  It’s funny because it’s a climbing place in Cambodia. it was so fun and there were many things to do.

First we went up this small easy slope, then we got these two carabiners and two small lines of rope.  Hey, you know what?  I’m just going to give you a pic, for the visual.

When we were done on the cable, we did this fun thing called abseiling, which is another word for rappelling.  We entered into a crevasse in the rock.  It was like a tight man-made (it wasn’t actually man made) half hollow cylinder. 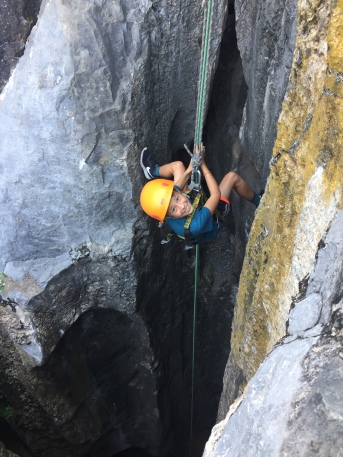 At the end of the abseil, we went into a cave, and it was spectacular.
We clipped into the cables again and walked in the rocks. Porter narrates from the caves:

When we came out of the cave, we did some regular rock climbing.  I climbed up the spot where we abseiled.  One guy tried, but didn’t make it to the top. It was his first time climbing though.  It wasn’t my first time.  The climb was hard.  It was kind of scary, because if I took my hand off the rock, I would slip off the rock and be in the wide open universe.  Plus, there were not any handholds.  Halfway up, I kind of wanted to stop and go down.

The guide told me to keep going, and he got me to chimney up the rest of the rock.  At first I put my legs in the right position so that I felt like I wouldn’t fall, but I still felt like I needed handholds to pull myself up.  At last, I figured out that I didn’t need handholds, I just needed to use my legs.  So, I put my hands just flat on the rock, and used my legs to push myself up.

The guide said, “Good job!  Now do that one hundred more times!”

Once I figured out how to do it, I went up pretty fast until I got to the top.  I felt satisfied.  The journey back down was really fun, but not quite as fun as abseiling. 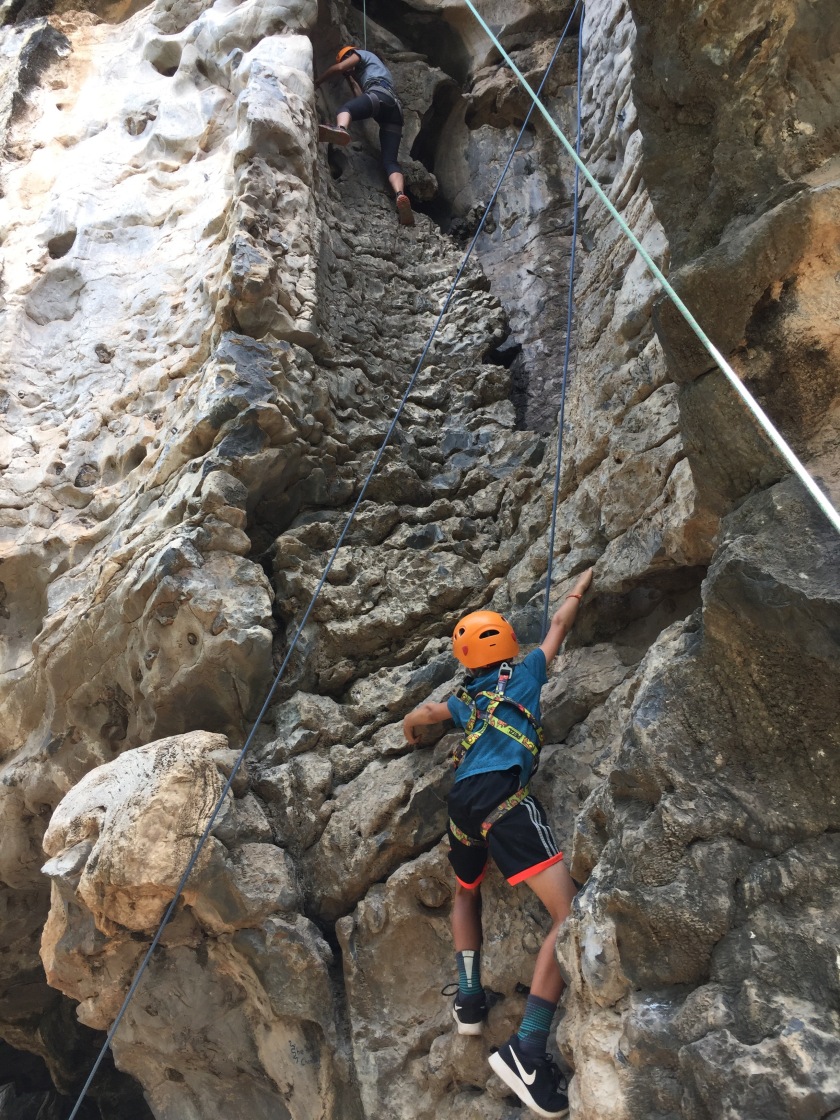 I am 10 years old, i am in 4th grade, and love to play soccer and goof around. View all posts by pongy7